At Destination Mexico® we take great pride in the number of repeat clients we have. Many of you have worked with us on numerous occasions and we like to think this is clear evidence of the high standards we have set for ourselves and the appreciation shown for those standards by yourselves, our dear clients. We are extremely conscious that without your support we would not be in the position we are after so many years.

THE DAY OF THE DEAD

The Day of the Dead (Día de los Muertos) celebrations in Mexico developed from ancient traditions among its pre-Columbian cultures. The origins of this Mexican holiday have been traced back to an Aztec Festival hundreds of years ago. Mexico’s indigenous people viewed death as part of the natural cycle of life and they developed deep traditions to celebrate and honor the dead including festivals, parades, and creating an altar for deceased loved ones. 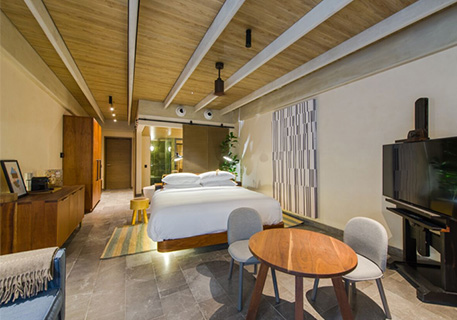 Atelier de Hoteles, a 100% Mexican-owned hotel company, will enhance the essence and culture of Mexico with the opening of two beautiful properties inspired by Contemporary Art, projected for Winter 2018 and Spring 2019 respectively.

CARTESIANO BY HAMAK HOTELS: ONE OF THE BEST!

HOTEL CARTESIANO NAMED #2 HOTEL IN THE WORLD AND #1 HOTEL IN MEXICO ACCORDING TO CONDÉ NAST TRAVELER’S 2018 READERS’ CHOICE AWARDS.

(PUEBLA, MEXICO) Oct. 9, 2018 – Condé Nast Traveler today announced the results of its 31st annual Readers’ Choice Awards with Puebla’s Hotel Cartesiano recognized as the #2 Hotel in the World and the #1 Hotel in Mexico.

Grupo Vidanta, which for the first time brought four Hakkasan concepts to Mexico in its Los Cabos Resort, will continue its expansion in this destination with a new development that plans to open its doors in 2020 with 300 rooms.

In an interview with Notimex, Alberto Landero, Director of Development Los Cabos, said that the future of tourism in Mexico is promising, "so much so that there are still future projects, like the one we have 20 minutes away from this resort, the next East Cape, which will tentatively open its first Grand Luxxe tower in two years."